The Fair Housing Act makes it illegal for a housing provider to attempt to influence where a prospect lives due to the prospect’s race, color, religion, national origin, sex, familial status, or disabilities.

Many states’ laws include additional protected categories, so depending on which state the housing is located in, legal protections may extend beyond the seven federally protected categories. For example, in addition to the seven categories listed above, California’s fair housing law also protects prospects on the basis of their citizenship, immigration status, primary language, age, sexual orientation, gender identity and expression, genetic information, marital status, source of income, and military or veteran status.

In other words, all steering is illegal even when it is well-intentioned.  There are many fair housing cases involving a housing provider who sincerely attempted to create a safer environment for a family, direct a non-English speaking prospect to a neighborhood where she could easily communicate with her neighbors, or encourage a wheelchair user to live on the first floor.

The general rule is that it is up to the applicant to determine where she wishes to live, and efforts by a housing provider to encourage, discourage, make inferences, or redirect a prospect because of her children, disability, race, ethnicity, or any other protected category are illegal acts of steering and are prohibited by the Fair Housing Act.

Prospects may be clear about their preferences upfront, which is often helpful in narrowing their housing search. However, a housing provider should never participate in assisting a prospect to locate an apartment or home in an area without people of a certain protected category. (“I’d really like an apartment without a lot of kids. They’re so noisy!”)  Just as important as not discouraging or directing prospects based upon their improper requests is refusing to answer questions that relate in any way to a property’s demographics. Responding to a prospect’s questions about the percentage of Hispanic tenants, the number of children, diversity of the area, or crime statistics (just to name a few) could very well have the effect of encouraging the prospect. However, it could also have the opposite effect, and for liability purposes, the motivation for a prospect’s questions does not matter. It is just safer not to answer these types of questions.
Housing providers should also not attempt to discourage or direct a prospect based on the housing provider’s assumptions. (Directing a Caucasian family away from a majority-Asian neighborhood based on the assumption that the Caucasian family wouldn’t feel comfortable.) Steering is illegal even when the housing provider is attempting to protect the prospect from one or more of the neighbors that are known to be prejudiced against people in the prospect’s protected category. Housing should be determined based only upon availability and any provided by the applicant unless those preferences exhibit bigotry. For example, if an applicant with young children requests an apartment next to the playground, it would be appropriate to show those.

Housing providers should not participate in a request by an Asian family to only show their units close to other Asian tenants, right? That is not bigotry, but it IS based on their ethnicity.

Establish a Policy on the Order You Show Vacancies

It is helpful if you have a general policy for the order in which you show or offer vacancies.  The order can be based on the units that have been vacant the longest, or the order can be based on the prospect’s answers to interview questions. To defend against claims of illegal steering, if you use preferences obtained from the prospect, it is a good idea to keep notes or guest cards describing the areas of the community the prospect requested, and the reasons for their preferences.

Here’s a short list of some common statements that risk liability based on illegal steering. Remember any and all protected categories can be substituted in these examples.

For families with school-age children, the local schools are often a topic of discussion between housing providers and prospects. Since the quality of the local schools can be a somewhat disguised method for describing the racial and national origin characteristics of the surrounding community, the National Association of Realtors, recommends that agents use caution when answering questions about the local schools. To avoid inadvertently steering prospects, housing providers should only discuss the known facts about the schools, and not include their personal opinions about the quality of the schools. It may be useful to maintain a list of resources containing factual information about the local schools. When the topic of local schools is raised, you can refer the prospect to your list of websites, instead of offering your personal opinions. Finally, instead of applying your personal criteria for what are good or bad schools, merely ask the prospect for their criteria, and then refer the prospect to the appropriate resource, with the ultimate goal of encouraging prospects to make their own judgments.

It’s fine to use sales techniques to encourage a prospect to lease an apartment or house. The methods used to influence a prospect should be related to the positive aspects of the specific housing unit, the amenities of the community, and its location. The efforts to influence a prospect’s choice of a home should never include consideration of either the prospects or the existing residents’ protected categories. 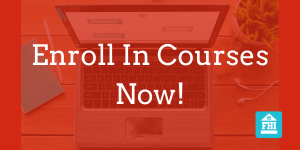 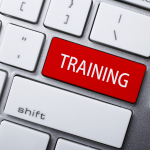 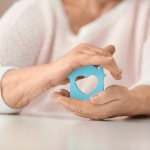